I have returned from Arisia 2013. There is a lot to reveal, examine, and extract, therefore, I will offer my experiences to you in digestible e-chunks. 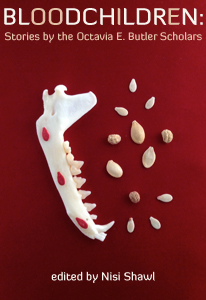 Arisia 2010 in Boston was my first con 4 years ago. Since then, I have attended other cons  in Atlanta, Georgia (Dragoncon & ONYXCON) and all the way to Madison, Wisconsin (Wiscon) as well as other places in-between. There are hundreds of Cons celebrating science fiction, fantasy, steampunk, urban faeries and so forth every year. Millions of  fans attend cons.  People come in costume (The Weeping Angels and Star Wars Storm Troopers are always a big hit as well as anything Dr. Who).  People also come to talk and learn. There are many, many panels and presentations  on sci-fi/comic cultural icons such as which Green Lantern was best -- Hal Jordan or Jon Stewart -- or who was the best Star Fleet Captain -- Sisko or Kirk. There are conversations on the use of  solar energy or practical travel to another star system.  The politics and economics of science and fiction may take center stage. Writers, artists, editors,  publishers and educators gather to compare notes, plan and build new relationships as well as sign contracts and build agreements to promote science and technology in our schools.

Cultural Diversity was a key word  spoken often at Arisia. Writers and readers sought to explore and expand the presence of  "the other" character  in the books, movies and TV shows that offer science fiction and fantasy. It was agreed that human society must become more inclusive. Big name authors, small press publishers, indie writers discussed  the new trends in speculative fiction to satisfy the desires of a wider audience yet make a reasonable return to sustain this effort.

But before, I reveal more of my journey ot Arisia 2013, we must pause for a word from our sponsor -- me.

"As a member of the Carl Brandon Society, I wholly support the Octavia E. Butler Memorial Scholarship fundraiser.  Everyone who appreciates the works of Octavia should donate to Carl Brandon and in appreciation receive the new ebook Bloodchildren: Stories by the Octavia E. Butler Scholars Edited by Nisi Shaw . Click here to get information on buying the book. "  -- Stafford L Battle"


Now back to my blog:

Arisia 2013 has come and gone.  The weather was icy cold but the spirits were warm and sometimes very heated. Andrea and Steve locked horns for a blazing moment when the discussion of Sci-fi vs  Fantasy came up. What exactly is culture fail?  Are Zombies the end of the world?  What do you expect from a sword wielding, sexy grandmother? If you missed the pillow fights and rabid debates this time, you can get involved next year. Shields Up! Launch the photon torpedoes!  Arisia 2014 will be in Boston, Massachusetts,  January 17 - 20, 2014.

Meet You At Arisia 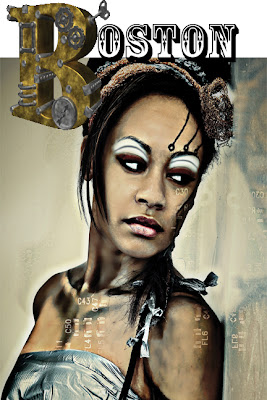 Hundreds of speculation fiction conventions known as "Cons"  occur every year in the U.S. and around the world. You should plan to attend at least one. You will not regret it. In January, I will be in Boston, briefly.


Note: when I say "speculative fiction" I include science fiction, comic books, AFRO sci-fi, Hollywood movies, TV shows, roadside faeries, love-sick vampires,  steam punk, sword and soul, horror and everything else that involves out of the normal experience in fictional entertainment.

Cons are like flavors of ice cream: you will like some and some you may be less fond of  but it is always an experience. There is a  speculative fiction convention for every lifestyle  and every age.  In January, 2013, I will be seen at Arisia, a  con in Boston, Massachusetts.

I've attended Arisia for several years. In fact, it was my first con. I've  seen the same short Batman guy every year (he's kinda of kooool). The Carl Brandon Society always has a great gathering. And, the green, toxic  beverage they serve at the Klingon party gives me delightfully fuzzy memories and just a mild hangover. People who attend represent all ages and races and economic strata. They are  open-minded, willing to express themselves and fun to be around. There is lots of fab art, hot discussion, new people to meet -- and did I mention the parties?  I always laugh too hard and learn much more than I expected and make connections that I hope will further my writing career.

This Arisia takes place January 18-21, 2013, in Boston, Massachusetts. I will Blog about the major events and points of interests via several of my websites (I lose count, Google me or send email to sbattle@sbattle.com --  I promise to respond).

Tananarive Due was at Arisia 2011 to collect a Carl Brandon Award for her story "Ghost Summer" in the anthology "Ancestors". We enjoyed her energy and enthusiasm so much that Arisia wanted her to come back.  Her husband, Steven Barnes, is better known in science fiction circles, starting with Dream Park (with Larry Niven) and continuing on to write many more books as well as television screenplays and novelizations. Barnes is also a martial arts expert and a writing coach. Tananarive Due and Steven Barnes have collaborated with Blair Underwood on the Tennyson Hardwick mystery series.

So each month, I will endeavor to post my thoughts on the Speculative Cons of the month. Even if you missed the event, you can always plan for next year. Go! But be wary of the Romulan Ale.
at January 02, 2013 No comments: