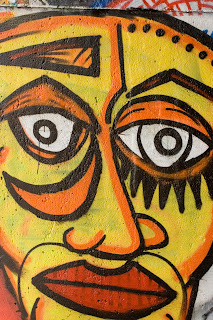 In my upcoming book "Insane Messiah," I propose that rich people and multinational corporations were well-aware that climate change was happening and impossible to stop. Therefore, in self-preservation, segments of humanity began to buy mountaintops and build orbiting platforms in space to continue their domination of the planet and making profits. Professor Jeffery Slatery, who is slightly insane believes that there are also other elements in play: Earth itself is fighting back.

In today's reality,  energy companies and global financial entities have exchanged documents that confirm that the environment is heating up, sea levels are rising, storms are more violent as a direct result of human activity over the last hundred years. But in the name of "holy" profits, money is spent to convince non-thinking populations that climate change is a hoax.

But look at Miami, New York City or San Francisco that are major conclaves of the super rich who gradually shift their power centers to higher, dryer environments while sternly proclaiming there is nothing to fear. Super tornadoes ripping though our cities is a fluke. Flooding is normal. Droughts can be expected. This is a reminiscence of 1960s tobacco companies that assured us, "smoking a pack of cigarettes a day, won't hurt you, honest."  Or, today's food companies that proclaim, "a little fructose sugar in everything you eat makes you live longer." There is nothing to worry about, just keep doing what you do everyday.

My fictional Professor J Slatery preaches that we should work with the planet to heal it or at least allow it to remain semi-habitable for human beings even if some creatures  prefer a hotter, wetter climate with fewer dry lands and fewer humans. That is what Slatery believes.  Of course, he is "nutz;" he talks to plants and he doesn't listen to Fox News.

The real insanity revolves around deniers and enablers; people who would sacrifice human existence because of ignorance or greed.  Unfortunately, we have a United States presidency that suffers from both ailments.