Architects of AFROFuturism: An Online Course

AFROFuturism Can Change Your World, Today! 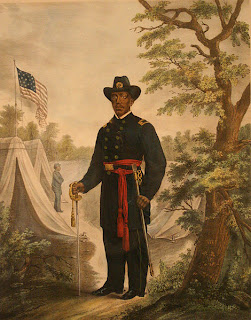 We can experience AFROFuturism in literature, graphics arts, animation, film, dance and music. It is a vision of the future where people of color play an important role for the survival of humanity.

AFROFuturism is more than speculative fiction. We read stories about the fantastic not only painted in the distant future of star ships and galactic civilizations; there are also heroic tales from our histories as civilization began in African or industrialization and steam power gave rise to urban societies. Sword and Soul, Steamfunk and AFRO Sci-Fi are just a few of the emerging genres that embace AFROFuturism.

Many historians believe that both modern fiction and the Industrial Revolution began in the mid 19th Century. The first AFROFuturists were writing at that time.  Overall  literacy was on the rise (especially among the Black communities who had a desperate thirst for reading skills), and technology allowed the mass production of printed materials in the form of pamphlets, newspapers, magazines and books.

During the time of the Civil War, Black people were writing speculative fiction. Martin R. Delany, a physician, black nationalist,  army officer, journalist, radical and courtroom  judge wrote speculative fiction. In his novel Blake or the Huts of America, Delany envisioned a world where one Black man started a revolution.

What happened then is happening now. Today, we have new scientific wonders such as the internet and colonization of the Moon and Mars. Workers are challenging the global corporate system and its ties to politicians.Writers are offering instructional fiction to make us more aware and prepared to challenge, survive and even prosper in the "new" future.

Enrollment will be limited. Don't hesitate join us.

If this is your first online course, you are in for a treat. Your commitment is only  8  to 12 hours each week; most of your efforts will be reading and writing brief essays of 400 words or less. You are required to interact with other students who may reside anywhere in the world.  The course is designed to be inspirational as well as enlightening and educational. Quizzes are short. Your final grade will include scores on assessments, timely submission of written assignments, and participation in discussion.

A Certificate of Completion will be issued to those who satisfy the requirements of the course.

When you complete this course you will be better able to:


For more information, send me an email at sbattle@sbattle.com .