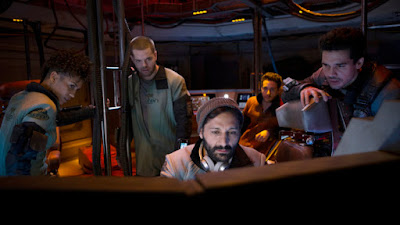 A Review Of Syfy's “The Expanse”

After several disastrous attempts to offer viewers a credible space opera worthy of the notable re-imagining of Battlestar Galactica, Syfy (formerly the Sci-Fi Channel) may have stumbled into a winning space drama in The Expanse despite tripping up on some pesky science facts.

It is difficult to depict the future using today’s technology; but certain laws of physics and overall believably have to be employed to ensure that sci-fi fans will accept the fantasy and embrace the series. The Expanse is a rousing and dramatic view of things to come but there are some aspects of its presentation that anyone serious about sci-fi should consider.

The Solar System is  huge . . .
In The Expanse, heroes and villains flit about in space with no discussion of the time it takes to navigate from place to place in our solar system. Asteroids, planets or space stations can occasionally clump together in nearby orbits or be millions of miles apart depending upon dynamic orbital trajectories. Traveling the solar system is not like cruising the Mediterranean Sea from port to port in a few hours or days. Objects in space are in constant  motion and if you are on the wrong side of the Solar System, trying to intercept a celestial destination requires considerable computational resources. Traveling at the speed of light (186,000 miles per second) or through wormholes (which may or may not exist) you might transit between dwarf planet Pluto and Venus in mere hours. But spaceships using rocket power as depicted in The Expanse, would need months, years or decades to reach their destinations -- that is a lot of TV episodes with astronauts merely staring at each other with nothing to say except: "are we there, yet?"

Gravity is Hard . . .
Depicting weightless in space is no easy feat. Star Wars and Star Trek and even Lost in Space (first aired in the1960s) created artificial gravity and magnetic boots to keep actors firmly planted to the decks of their ships. Occasionally, actors suspended on wires could create the illusion of weightless for a brief time. But it is not practical to prolong that illusion in earthly studios. The Expanse attempted to give us the feeling of floating in the void.  However,  gravity on Ceres (where most of the action takes place) is only 1/36  of Earth.  The inhabitants would spend most of the time bouncing between the ceiling or floors. Likewise, spinning a space station such as Tycho might generate some gravity but nothing near "Earth Normal" to have a disco party without drinks floating away from the patrons.

Things Don't Burn or Explode in Space . . .
Space battles are not naval engagements in the South Pacific during World War II. Aircraft carriers, supporting naval vessels and fighter planes opposing a powerful enemy fleet is an excellent story backdrop on Earth. But the science of warfare in outer space is very different.  Without an atmosphere to carry a blast wave and heat, a nuclear explosion in space is just a "soundless" bright light. Tossing rocks in space can wreck planets that cannot move out of the path of projectiles, but spaceships with advanced radars would detect any objects approaching hours before a collision and with a gentle burst of propellant move out of the way.

Therefore . . .
Science facts didn't stop Jules Verne from shooting men to the moon using a giant cannon. H.G. Well's invading Martians landed on earth in vehicles that could never have survived the journey from Mars. And, we all believed that a man could fly and have super strength just because he was born under a red sun. Sometimes, it not the science but the drama that captures our imaginations.

Its about the People . . .
The future is not just white people as depicted in nearly every sci-fi space movie produced in the 1950s and 60s. Cross-fertilization of emotions and racial couplings is more fun to watch and ponder than viewing a bland rendering of "Space Family Robinson".  In The Expanse, humans from different cultures, alliances, physical types and attitudes are presented. We see strange haircuts, unique dialects, and just weird stuff like a police detective wearing a hat in a climate controlled environment where it never rains, and the sun never shines.

The Expanse has plenty of intriguing human interaction. Mars against Earth. Belters in the middle. Space pirates, ARRRG! Yes, this is a replay of the British colonization of the Earth in the 18th & 19th centuries.  American colonies rebelled against the British. Asian societies likewise attempted to repel invaders and maintain their own independence. Wooden sailing ships circled the globe, sometimes on voyages that lasted for years. Low tech societies were caught in a vise of greed and empire building.

The Expanse is fun to watch. We can carefully examine the successes and failures of our human civilization. Hopefully, we will learn to do better in the future. 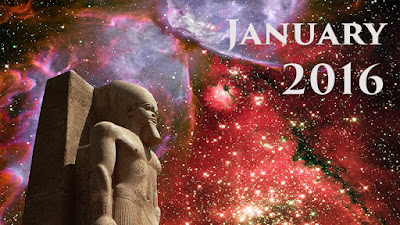 The right leadership can guide us along the path create a better future for all of us.
at January 08, 2016 No comments: