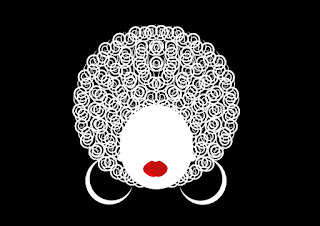 The renown Dr. R. W. Ashanti, the Chancellor of the New Black Royal Institute, was incredulous at what he perceived. He repeated his inquiry, "You claim that human heads are attached to the Afros growing in your garden." He frowned. Since the 1960s, Afros were prominently sitting on the heads and shoulders of famous civil rights activists. He pondered the rows of Afros lined up like thick fat cabbages. "What mad science is this?"

A tightly locked Jamaican  replied, "I figured out a way to grow Afros attached to people. The Afros come in all colors and styles even rainbow. When I was on the free islands, I learn to plant and harvest lots of wondrous shit." He puffed up with pride.

Ashanti glanced at the computer notes prepared by his prized student and grudgingly accepted the reality of these achievements. "Impressive! But what real hope can this bizarre experiment offer to better society?"

"We can cultivate people. All we mostly need is a little clean water and lots of bright sunshine. But there are other problems to overcome."

Ashanti sagely scratched his bald skull. "Problems such as?"

"Embarrassingly, the Afros cultivated here all seem to be Black Republicans. I may have to change the fertilizer."

The two scientists walked among the rows of Afros growing in the productive earthy base, pondering what to do to fix the situation.