The Most Fearful Aspect of Sci-Fi 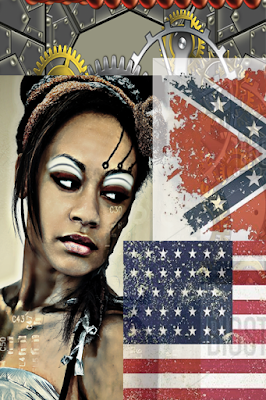 In the beginning,  Captain Nemo voyaged his futuristic submersible invention "The Nautilus" deep underwater during the 1800s to confront deep-sea monsters and vicious human greed.  Later, Samuel Delany gave us fantastic excursions throughout the Galaxy and into the depts of exploding stars and decaying civilizations in the award-winning novel Nova. Octavia Butler's final literary expeditions pushed readers into a cataclysmic new religion, failed government and persistent human survival.

A plethora of writers has created vivid stories and world-building scenarios that deserve to be examined because of their futuristic visions of society and how we should be governed for good or bad. It can be argued that the innate appeal of Sc-Fi is its presentation of politics in the past, present, and future.

One of my favorite themes is Kirk(s)/Federation vs the Klingons. The Klingons are the most diverse, endearingly complicated humanoid species in all of Star Trek lore (next comes the Vulcan/Romulans closely followed by the Borg). In CBS's Picard,  powerful adult themes involving sex, race, and politics makes the series entertaining and thought-provoking (far beyond the childlike trivialities of Star Wars.)

In speculative fiction, we are experiencing the American Civil War and the contradictions of our inner selves over and over again in outer space and multi-universes. This creates artistic opportunities for new solutions to old problems.

Thoughts to Ponder: Politicians and elected officials need sci-fi to prepare a better future for all of us.  Read. Write. Perform.