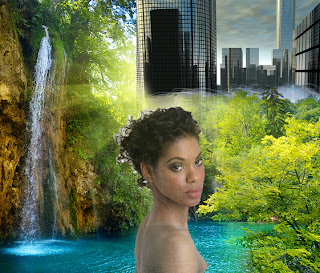 Nigeria has ambitious plans to build a futuristic  community on land reclaimed from the Atlantic ocean.Within Lagos with a population of more than 10 million residents, Eko Atlantic City is literally rising up out of the waves. Daily, giant dredgers from China pump 400,000 tons of sand into a space between the shore and giant sea wall constructed of granite boulders. Reportedly, a project this size has never been seen in West Africa before. The result could be a modern, gleaming city that would turn the Wizard of Oz green with envy.

This oil-rich country may have big ambitions along with its big population of mostly poor people. Lagos with the addition of Eko Atlantic could become Africa's model mega-city. The builders and private investors seek to create a clean city with reliable power, sanitation, rapid transportation, financial and entertainment districts along with housing for hundreds of thousands of residents. This could bring jobs, education and healthcare for many citizens in the country. However, every big  urban renewal project has its big problems.

Construction of Eko Atlantic may be the cause of flooding in  sections of Lago's older slums. In news reports, some local citizens wonder if they will get a piece of the hi-tech addition to Lagos or simply be pushed away into new ghettos elsewhere and out of sight. Already, government forces have been destroying floating shacks with apparently no compensation to the inhabitants.

This brings to surface the clammy question: "Who will live in Eko Atlantic? Who will benefit from its luxuries and lifestyle elegance?" Nigeria has a very, very tiny super rich upper class, while the majority of the country is waist deep in poo and poverty. Crime and Internet scams are the norm. In Eko Atlanta not only would there be a wall to hold back the raging Atlantic surf; ordinary people who are merely seeking a day-to-day survival, may be prevented from entering and not allowed to walk the wide boulevards and  enjoy tea at an al fresco cafe under brilliant blue African skies. Rich foreigners  from the east and west stand to make a lot of money as well as own substantial real estate in  "walled"  communities that cater  to their affluent expectations.


But there is also a bright side. Eko Atlantic is still seeking investors and innovators. There are many African Americans who have the wealth and consciousness to influence this project; perhaps pool resources to build neighborhoods within Eko Atlantic. Schools and night clubs will be needed. Small consulting firms could thrive on the crumbs that the supercorps leave on the table.

Eko Atlantic is still in a larval form. This is an opportunity, now. African's new mega city could use guidance.

http://www.ekoatlantic.com/index.htm -- Eko Altanta, a new place to live and work

http://en.wikipedia.org/wiki/Eko_Atlantic_City -- Wikipedia is always a good place to start

http://www.citiesalliance.org/ -- The Cities Alliance is a global partnership for urban poverty reduction and the promotion of the role of cities in sustainable development. 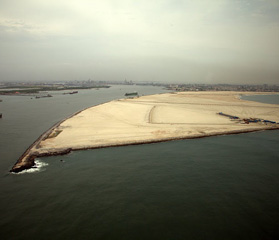